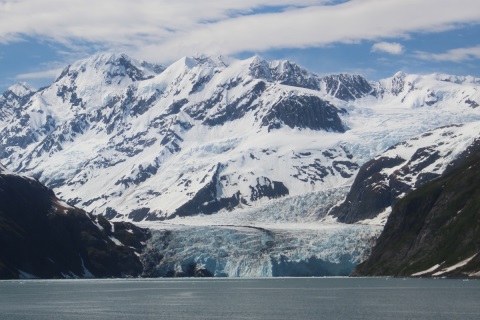 Sometime ago there was an elderly woman with Lou Gehrig's disease. Her mind remained sharp as her body degraded. When she could no longer speak, she typed into a machine which spoke for her. Then she left her husband's care at home to enter a nursing home. She felt despair, which caused a great deal of anger.

A friend sent her a letter to promote her in praying for faith. The letter closed with, "Be patient, allow the closing pages of your life to be the ones God intended for you."

The woman's suffering continued until the disease took her life several months later.

The woman's husband had never made God a priority in his life. For twenty-five years the friend had prayed for the man, that he might come to believe. On the two occasions the friend brought up the topic of God, but it fell on deaf ears.

Two years after the woman's death, her husband suffered a severe heart attack, resulting in a few months’ nursing home stay. Then he moved to the community where one of his children resided. He commented that this community had nothing but "religious stations" on TV. Members of his child's family took turns visiting him daily. As the weeks went by, he learned of a new degree of love that was within this Christ-centered family.

One day for the third time, the friend approached the topic of God. The friend asked the man if he recalled his wife's anger when she entered the nursing home and the change that came over her during the following months. Then the friend shared a copy of the letter given to his wife two years earlier. At that moment, the man realized the relationship his wife had developed with God had been the source of the change within her life.

Two weeks later the man was found dead with the TV tuned to a station preaching the good news of Jesus Christ.

Was it by mere coincidence that:

The gap between our comprehension and our trust in God's judgment is called faith.

At the time of this woman's death, the way she died appeared to be tragic. Yet only God knows if circumstances were brought together to create something as beautiful as the man's heart softening and accepting Jesus Christ as his Lord and Savior.

"I tell you that in the same way there will be more rejoicing in heaven over one sinner who repents than over ninety-nine righteous persons who do not need to repent." (Luke 15:7)