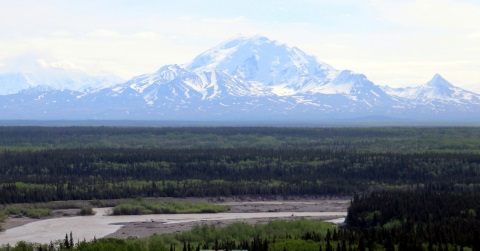 Why Forgive & Pray for Others

A well-respected elderly gentleman who was approaching death confided to a friend, that he could not comprehend how God could forgive him for the things he did as a bomber pilot during WWII. When one reflects on the history of that war, the man could have played a role in killing thousands of civilians. These lives of the elderly, women, and children ended along with their hopes, dreams, ambitions, and the potential to carry on their family linage.

In contrast to retaliation, bible verses on forgiveness include Matthew 18: 21-35:

Then Peter came to Jesus and asked, “Lord, how many times shall I forgive my brother or sister who sins against me? Up to seven times?”

Jesus answered, “I tell you, not seven times, but seventy-seven times.

“Therefore, the kingdom of heaven is like a king who wanted to settle accounts with his servants. As he began the settlement, a man who owed him ten thousand bags of gold was brought to him. Since he was not able to pay, the master ordered that he and his wife and his children and all that he had be sold to repay the debt.

“At this the servant fell on his knees before him. ‘Be patient with me,’ he begged, ‘and I will pay back everything.’ The servant’s master took pity on him, canceled the debt and let him go".“But when that servant went out, he found one of his fellow servants who owed him a hundred silver coins. He grabbed him and began to choke him. ‘Pay back what you owe me!’ he demanded.

“His fellow servant fell to his knees and begged him, ‘Be patient with me, and I will pay it back.’

“But he refused. Instead, he went off and had the man thrown into prison until he could pay the debt.

When the other servants saw what had happened, they were

outraged and went and told their master everything that had happened.

“Then the master called the servant in. ‘You wicked servant,’ he said, ‘I canceled all that debt of yours because you begged me to.  Shouldn’t you have had mercy on your fellow servant just as I had on you?’  In anger his master handed him over to the jailers to be tortured, until he should pay back all he owed.

“This is how my heavenly Father will treat each of you unless you forgive your brother or sister from your heart.”

What if one hasn't been able to forgive? An example might be, the buildup of frustration after a family member does not return love or acceptance. How about that lack of acceptance or respect from a boss, supervisor, government official, parent, or other authority figure? Might these individuals have their own shortcomings and such expectations are beyond the capacity of those individuals?

Struggling with a severe heartache such as a spouse's unfaithfulness, the murder of a family member, one's childhood rapist, or anger at God? Consider one's self as a branch, Christ is the vine, and God desires one's life to bear much fruit. (John 15:1-17). Does fulfilling this mission in life require forgiveness to again focus on what God's desires? Consider bringing the struggle to forgive to God in prayer and request his will. Ask for your heart to become open to recognizing and accepting help when an opportunity arrives.

This chapter began with a portrayal of that WWII bomber pilot being met with animosity as the will of the many got some pay back on the streets of hell.  Consider what might occur in heaven where the will of the One prevails  (Matthew 6:10).  Imagine thousands of victims standing in a line as the bomber pilot greets each individual, one at a time. As their eyes meet, the pilot offers a sincere apology with each victim extending forgiveness.

Because of God’s mandate for us to forgive; in heaven, we may find the undeserved degree of love extended to us as a very humbling experience.

In the Lord's prayer, we are taught to pray; "Your will be done on earth as it is in heaven." (Matthew 6:9-13). On earth, we are instructed to pray that God's grace might touch others. Next time we see a person with a troubled heart walking across the grocery store parking lot, pray that "God's will be done." Here, we are given a choice to seek His will.  However, God can create special moments to soften our hearts allowing us the opportunity to accept his grace. Our society is in need of such prayers.

Prior -  Next: Self Forgiveness

More on the Lord's Prayer:  Experiencing God  (Prior Chapter 3)