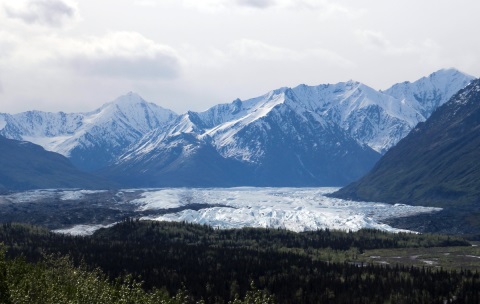 Rather than attempting to wrap one's head around this topic, many find it easier going from day to day by ignoring whether or not God exists.  In lieu of God, something is going to become the most important thing in one's life. Many times, that something has the potential of being empty or becoming rather dark. (ref. to Matthew 6:24) Sin can be enticing for the moment; however, consequences can lead to unhappiness or hopelessness. Going to a therapist can offer worthwhile tools to cope with the symptoms. However, the first step in dealing with the source of the symptoms, may be facing if God exists.

A reader on Facebook referred to a recent mass shooting as being proof that God does not exist, for if there is a God, he would not allow such evil to occur. A reply to the post stated, "If such logic were true, Christ would have died from old age rather than on the cross."

Some conclude God does not exists because they do not recognize him with any of their five senses. With such reasoning, anything beyond the pitch of our hearing or wave length of our sight, does not exist.

Many parents teach their children that this world is too complex to have occurred by chance. From electrons spinning around an atom which form objects, to the genetic biological structures determining traits, to the arrangement of the universe, it is a statistical impossibility that our planet just got lucky. Their conclusion is that God created the beauty within nature which did not occur by chance, but by intelligent design.

The Bible describes God's first relationship with man in the garden of Eden, (Genesis 2:15-17). God then cast Adam and Eve out of the garden to face a life of toil because they chose not to abide by God's will. (Genesis 3:17-23).

Today, those of us who have yet to believe, are confronted with the same dilemma. To have a relationship with God, requires us to be subordinate to Him.

Whether God actually exists, has nothing to do with our conclusion. Our conclusion simply positions us to what relationship we will have with this existent or non-existent God.

Coming to know God will never be realized by attempts to analyze his existence. To discover God, requires a step of faith into the unknown. If God does exist, could one ease into such a commitment? What would it hurt to ask God to change one's heart so that someday, one might learn to love God, to trust in him, and to come before him in submission? If God does not exist, nothing will happen! If God does exist, one has made the request for God's grace that circumstances may be brought together so that one's heart may be softened enough to desire him. What is the downside to praying such a prayer once or twice a week? If done in private and God does not exist, the worst case scenario is that one has wasted a few minutes of their week. A step further might be read the book of John in the New Testament or to take one hour a week to visit a faith-based church.

Prior - Next Chapter, Experiencing God