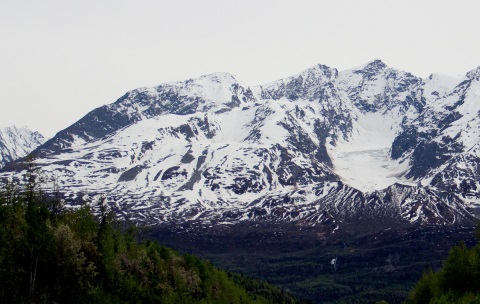 What are our priorities in life? For the high school teen, it might be popularity. For the intellectual, attaining knowledge. For the worker, advancement. For the politician, power. For the businessman, wealth and social status. Any such priority might be socially acceptable; however, when one's ego becomes overly focused on oneself, that can result in a sense of emptiness.

Rather than bow before Satan, Christ declined an offer of ALL earthly kingdoms, Matthew 4: 8-10.  In the "Sermon on the Mount" (Matthew Chapters 5-7). Christ's priority was not of events of this earth. He offered encouragement in obtaining a heavenly destiny (ref. to John 18:36).

Within a hospital waiting room, there were eight or ten young Amish women. Each one was pregnant or holding an infant. They were there to give support to their mother or mother-in-law who was receiving radiation treatment for incurable cancer.

Even with this Amish woman's limited days upon this earth, there was no somberness within the German chatter in that waiting room. Every one of those young Amish women had a smile and joy written on her face, which reflected faith in a heavenly life. Initially, this mother had turned down her husband's suggestion to seek treatment to extend her life. To convince her, he responded, "Being winter, it's a slow time of year." The mother then accepted treatment because it would not be an undue burden upon her family.

By recognizing that life extends beyond our time on earth, our immediate ego fulfillment can give way to questioning the focus of our lives.

Prior - Next Chapter: Does God Exist?